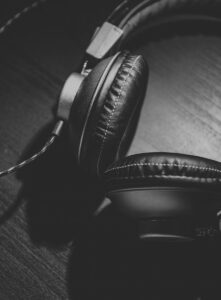 Dorrie Sacks is a writer, performer, and internet anime magical girl, born and raised in New York. After receiving her film degree from Ithaca College in 2018, she realized her dream to tell stories and entertain others through her passions: scriptwriting and voice acting! Her greatest ambition is to write a feature-length film for the silver screen. When Dorrie’s not putting on strange and funny voices for Soundbooth Theater, you can find her on YouTube, explaining all sorts of bizarre tropes and concepts in anime as a host on Frederator’s anime-themed channel, Get in the Robot. She also occasionally narrates videos for Channel Frederator as well.

If you want to see some of Dorrie’s more personal work, then check out her “geek retrospective,” pieces on Dorrie’s Stories, where she writes short essays on storytelling in some of her favorite movies, television shows, and video games.

Her favorite genres in fiction are horror and dark comedy, and some of her favorite voices to act out are creepy little girls and nerdy women with hints of spunk. When Dorrie isn’t working, she enjoys playing JRPGS, listening to 80s new wave music, and hanging out with her chunky cat, Pepper. Tales of a Northblood: Winter’s War 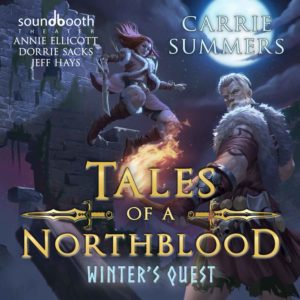 Tales of a Northblood: Winter’s Quest